Riding the steam train – on the Schafbergbahn at St Wolfgang 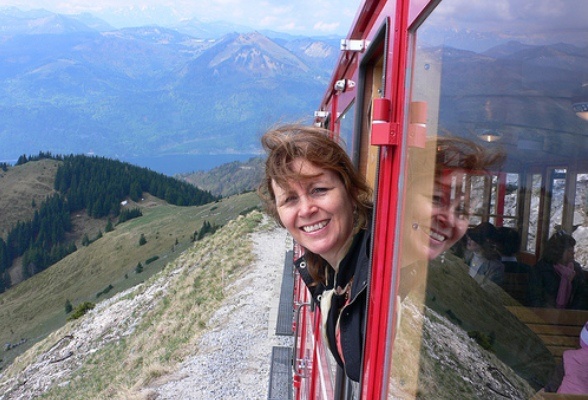 It’s a while since I read Thomas the Tank Engine as a bed-time story to my kids, but if I was making the Schafburgbahn steam train into a character from that book, I’d say it was a cheerful little engine with a few stories to tell. Who wouldn’t be put in a good mood by chugging up the mountain with fabulous views of the surrounding mountains and Lake Wolfgang below? 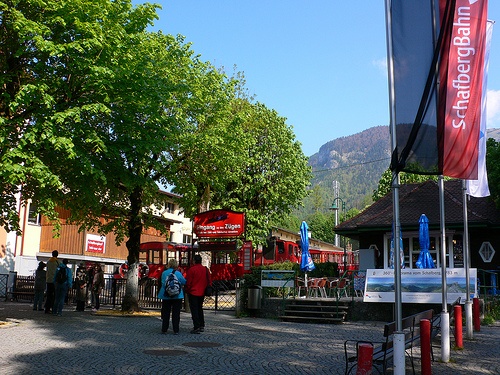 St Wolfgang in Austria is a charming and picturesque little town about an hour from Salzburg, set beside the lake of Wolfgangsee. Since the Austrian Emperor Franz Josef spent his summers at Bad Ischl by the lake, it’s been a favourite spot for the great and good to come to relax by the sparkling water and enjoy the mountain views. Several people mentioned to us this little mountain railway as a fun thing to do, so we walked around the lake from our lovely Hotel Im Weisses Rössl and bought our tickets at the small base station.

If you can’t see the Schafburgbahn video above, view it on my blog here.
Download the Riding the SchafbergBahn steam railway in St Wolfgang Austria – Video[mp4]
Subscribe to all my videos in I-tunes

Steam train enthusiasts would be in seventh heaven to find the bright red steam engine and old fashioned carriages with wooden bench seats, waiting to chug us up the mountain and I think that even my son was secretly excited although he affected a teenage nonchalance. 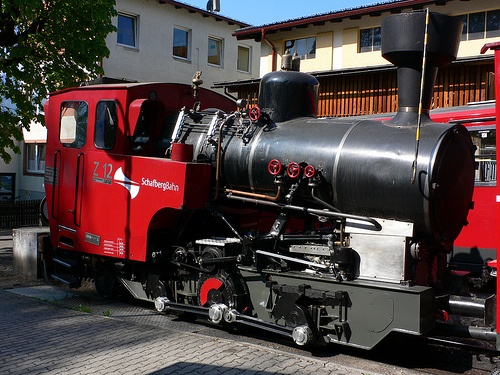 The steam railway, which opened in 1893, is the steepest cog wheel railway in Austria and I could just picture the scene a hundred years ago with all those ladies in full skirts and stout walking boots setting off for a day up the mountain. The gates opened and it was all aboard. Luckily, as it was springtime, the train was not overcrowded and we were all able to get a window seat. It was difficult to judge which side of the carriage would get the best views but it turned out that it didn’t really matter, as from either direction on different parts of the ascent there were clear views down to the valley. 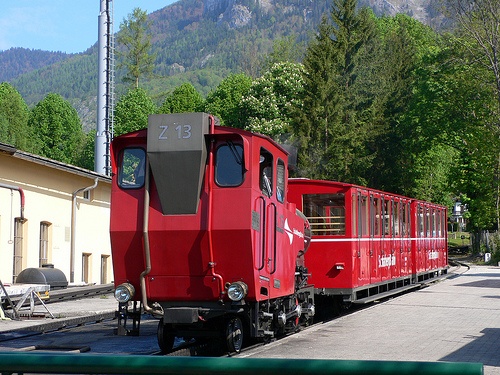 The journey took around 40 minutes, through forest at first, and then gaps in the trees gave a glimpse of the mountain views. The landscape with pure Alpine with pretty wooden houses and wild spring flowers on the slopes. The track is single gauge and not long before the top there’s a small stop at where we passed the other train on the line waiting to come down where the drivers had a chat before we set off again. Finally we reached the station at the top, at a height of 1793M above sea level with views down to Wolfgangsee and some the other lakes nearby. 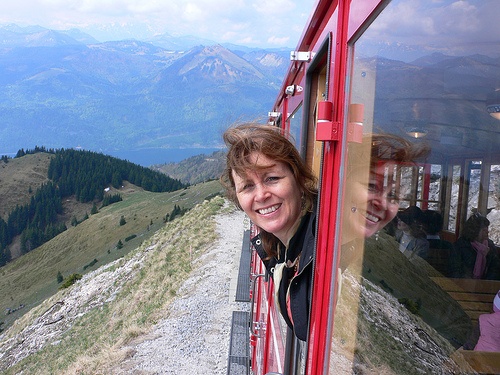 Now there was a stop of around 20 minutes before the train would return down the track and as we had a plane to catch later in the day, we unfortunately didn’t have time to stay for any longer. We walked a little way up the hill and had a coffee on the wooden terrace of the cafe and mountain hut Schutzhütte Himmelspforte, overlooking the station. There is also a larger Hotel Schafbergspitze which has been open almost as long as the railway. I was familiar with these high mountain huts as I’d stayed in a couple while walking part of the Tour de Mont Blanc Trail in France with my friend Julia, and they provide basic accommodation for walkers as well as a hot evening meal. We had a fantastic few days walking in scenery just like this, stopping at night in the huts and feeling that we were on top of the world and never wanting to go back down to the valley. 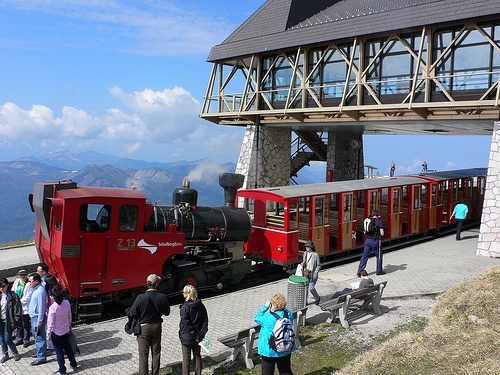 Schafbergbahn steam train at the top station above Wolfgangsee

If we had more time I would have chosen to take the SchafburgBahn up to the top station and then walk the 3 hours back down to the valley, drinking in all that fresh air and Alpine scenery, without the exertion of walking up hill. The journey down on the steam train was just as fun, keeping an eye out for the wild flowers and again we stopped at the passing place to meet the train coming up the other way. By lunchtime we were back in the valley for a short lakeside stroll back to our hotel with Alpine steam train memories to take back to England. 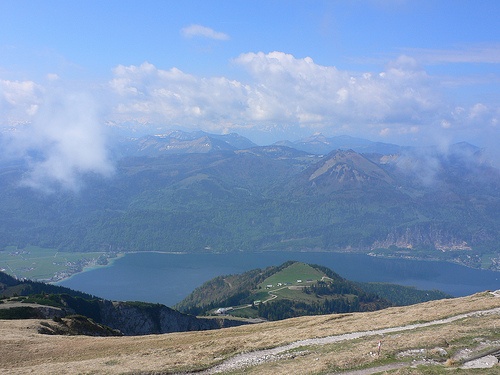 Views from the Schafbergbahn steam train above Wolfgangsee

Check out this great video about Salzburg, Innsbruck and Graz as well as the other videos about Holidays in Austria