A drive along the west coast of Sardinia – Flamingos, black rice and dancing candle men 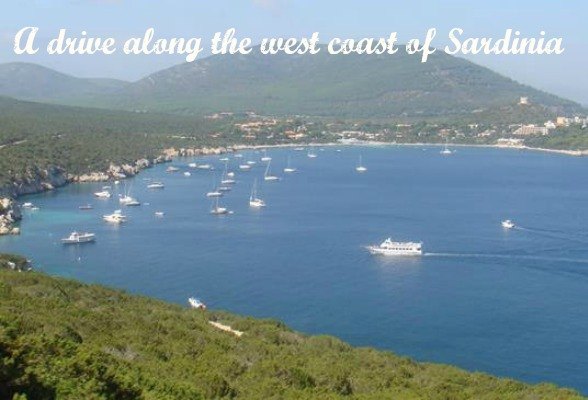 In this article, our guest author, Astrid Ruffhead takes us on a drive along the west coast of Sardinia from the bustling capital Cagliari to the coastal resort of Alghero taking in the candle festival of Sassari.

Located on the southern coast of Sardinia, Cagliari has throughout history been a leading trading seaport in heart of the Mediterranean. The oldest part of this bustling capital is the Castello, perched like a crown on top of the hill in the town centre. Park the car outside the city walls and enter the city via the Porta Christina. Immediately to your left you find the former Arsenal, now housing the city’s most important museums; those of Archaeology, Oriental Art and the Municipal Art Gallery. 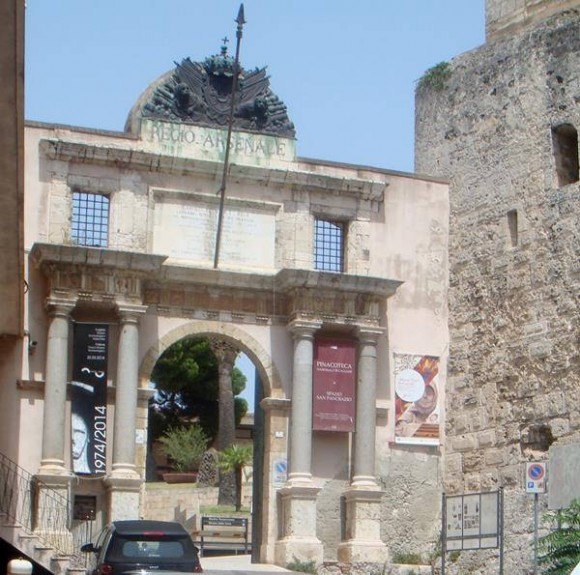 Entrance to Museum area in Cagliari

The grid-like layout of the city makes it easy to find your way around. Walk along the Via Martini and you will soon be standing outside the Town Hall. Inside is the helpful tourist office and on the first floor are the Sala Della Rappresentanza and Sala del Consiglio Comunale. On their walls hang numerous paintings of important events in Sardinian history. To me, it gave a visual aid to Sardinia and its relationship with mainland Italy, but what struck me most, being a paranoid and security-anxious Londoner, was the openness of the place, no security checks or guards anywhere. 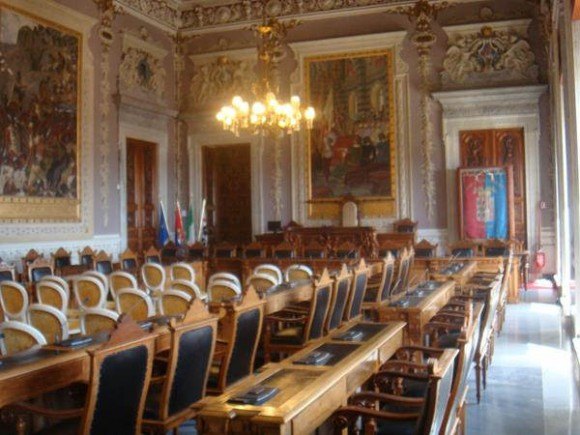 The same street leads you down to the impressive Romanesque façade of the Cathedral on Piazza Palazzo, built by the Pisans in the 12th century. Dedicated to Santa Maria, this place of worship is extensively decorated in different types of marble in the Baroque style. I was there on a Sunday and the cathedral was packed full, so many locals and visitors chose to sit on the steps outside to listen to the ceremony and music in the glorious sunshine. 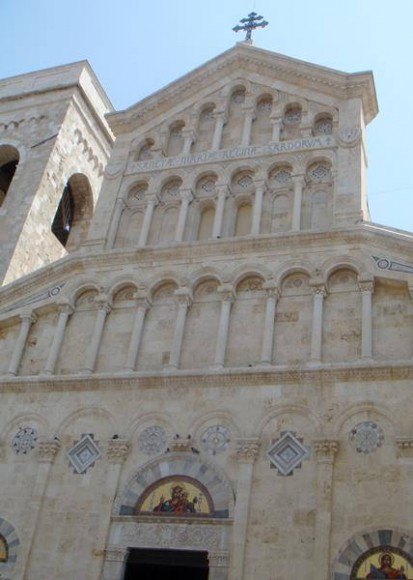 Antiques is one of my passions in life and I had months in advance planned to be in Cagliari on the second Sunday of the month so that I could fully indulge myself at the antique market on Piazza Carlo Alberto, an event which every website had assured me takes place every second Sunday of the month – the day I was there. Nobody though, had added the words ‘except for August’…Oh well, time for lunch instead. I found this lovely trattoria serving wonderful seafood in one of the many narrow alleyways within the Castello. 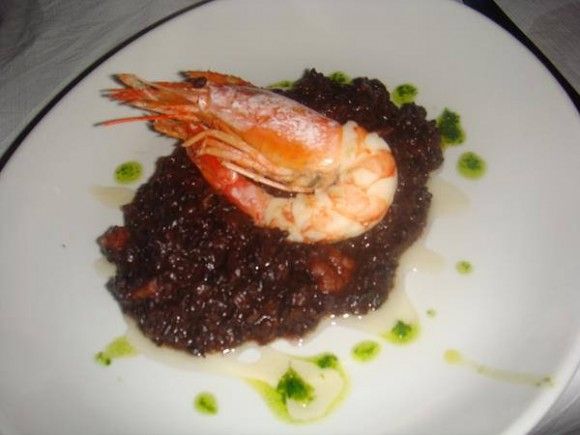 The coast road to Oristano

From Cagliari we took the motorway towards Oristano. From there on, the coastal road is one I will always remember, simply breathtakingly beautiful. Sandy beaches or rocky outlets are embraced by the clearest waters I have seen for a long time, colours ranging from dark ink and celestial blues to a soft shimmering turquoise. As cliffs get higher and the roads getting narrower, to my great surprise, long legged pink flamingos can be seen around the salt plains that are now vast nature reserves. 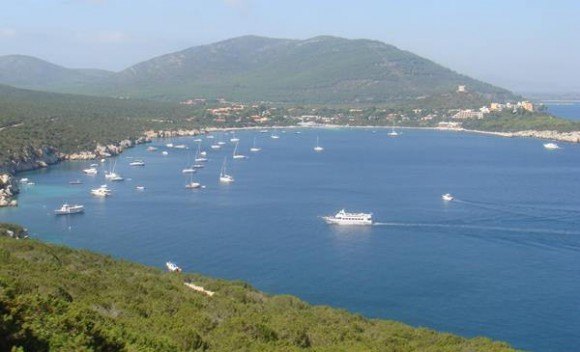 The coastal view at Oristano, Sardinia

Continuing north, we made a stop at the pretty little town of Bosa on the river Temo. Here is a good market on a Wednesday morning selling fruit, cheese bread, a very good place for sampling delicious local produce. Get here early as market and everything else for that matter, closes at lunchtime. Boat trips are available on the river in the evenings and along the river you see the old tannery buildings from the turn of the last century. 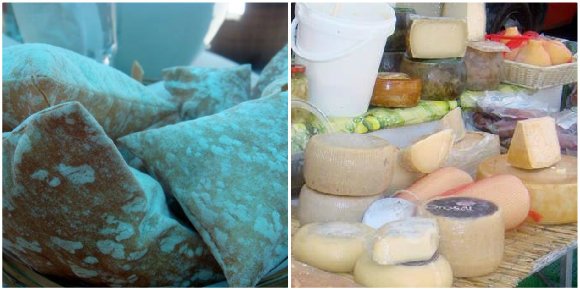 Crispy bread puffs and fresh produce at the market in Bosa

Closer to Alghero, the landscape changes again, becoming more fertile with many wine producing fields, including Sardinia’s favourite grape, the Vernaccia. Alghero has been a popular resort since the 1960s thanks to its long sandy beach but in the countryside south of Alghero you find may manifestations of the Nuraghi people, who lived on this island in the 10th-12th century BC. 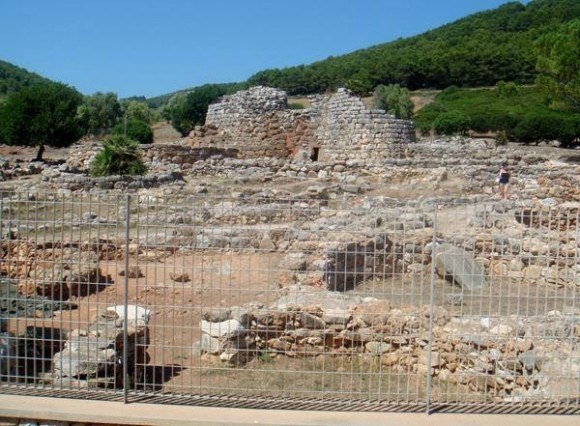 Evidence near Alghero of the Nuraghi people

Via Garibladi runs along the seafront and marina and its many bars and restaurants are filled with trendy people watchers. As always, I head for the oldest parts of town where I notice that this place has a very Spanish influence. Street names can be both in Italian and Catalan, going back to a time when the city was captured by the Aragonese. The San Francesco cloister from the 14th century is a reminder of this era and during summer months it becomes an atmospheric open air concert venue. In Via Calberto, you find many craftsmen selling local coral jewellery, much admired for its deep red colour. 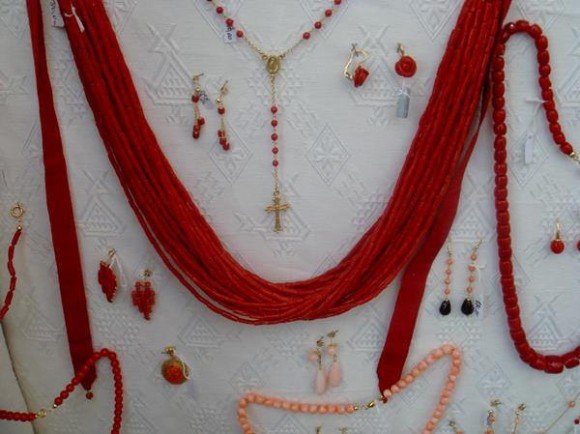 As picturesque as Alghero is, particularly in the evening, it is the scenery outside the town that attracts me most. Do not miss the Capo Caccia peninsula. It appears like a huge sculpture before you, as you travel north of the city. In the air you might be lucky to see one of the few surviving Sardinian Griffon vultures or the more common peregrine falcons, who have masses of white cliffs to choose from as nesting grounds. But keep your eyes on the ground, particularly if you decide to take the 654 steps down the Escala Cabriol, (the goat’s steps) to Neptune’s Cave filled with remarkable stalactites and stalagmites. The only let-down is that you have to take all the steps back up again…It is easy to get out to Capo Caccia on a hop on – hop off sightseeing bus. The trip takes 2 hours and is the best value ever had for 18 Euros. 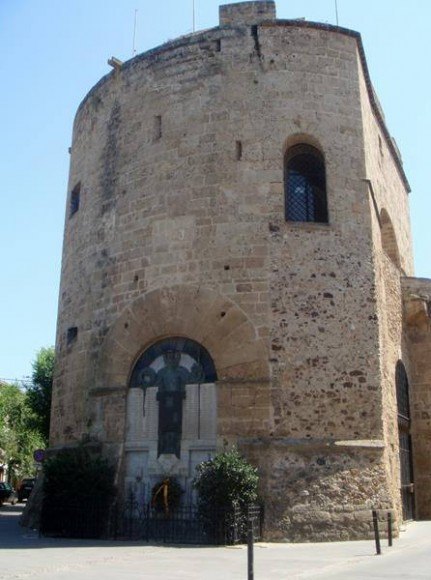 Sassari and the Giant Candles

Sassari is the second most important city in Sardinia. Municipal buildings in the Neo Classical style surround the large Piazza Italia. In its centre is a huge statue of Victor Emanuel ll (Vittorio Emanuele Maria Alberto Eugenio Ferdinando Tommaso) not only the first king of a united Italy, but also gives his name to the long main shopping street, Corso Vittorio Emanuel, which winds its way through the old town. My main reason for visiting Sassari though, was the annual festival of the Candelieri. This is an incredible day to be there, as from around lunchtime you can hear music and singing in the street, getting louder by the hour, as the Candelieri start practicing for the evening. 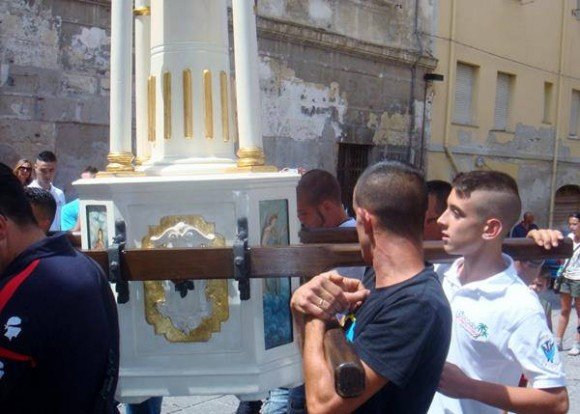 The Candelieri festival at Sassari

The event has its roots in the 13th century when the city was under Pisan domination and there was a tradition of offering a candle to the Madonna on the eve of the Assumption. In the 17th century and after numerous plagues had hit the town it took the form of religious thanks from the town guilds.

To this day nine guilds including blacksmiths, farmworkers, carpenters, tailors, greengrocers etc. parade through the city, each carrying a huge wooden column with coloured ribbons on top, representing a candle stick. It takes 8-10 men to carry this 100 kilo candle, at the same time walking, singing and dancing in a procession through the city. Everybody joins in with this fantastic celebration which ends in the evening when wooden candles are ceremoniously placed at the church of Santa Maria.

My thanks for this guest post to Astrid Ruffhead who after growing up in Sweden, arrived in London in the late 1970s, first working for the Swedish Tourist Board and later for VisitDenmark. She has also owned her own PR company, The Travel Gallery PR and a second passion is hotels. She lives in North London and is today working as a freelance travel and antiques blogger/dealer. Contact Astrid at: elegantforever2010@gmail.com or elegantforever2010@blogspot.com

More things to see in Sardinia