Delicious Sardinian food – the dishes you need to look out for 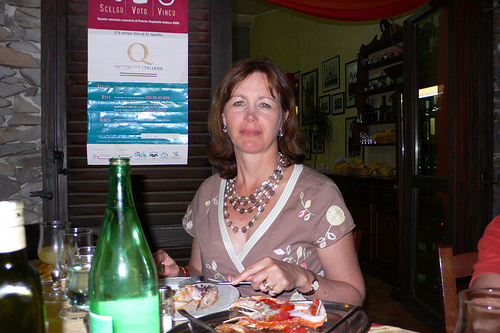 I know that there are plenty of food-loving (or should I say greedy) folk out there, as any time I’ve written something on food I get lots of Yum Yum comments. So I thought I’d give you How to eat well in Sardinia.

Before I went to Rome earlier this year, I have to admit I didn’t really get it about eating out in Italy. What I couldn’t work out is how you could stuff yourself with all those courses – I mean antipasto, then pasta, then a full main course! If I was at home a plate of pasta would be plenty.

Eating out in Sardinia

But then I realised that;

1. Italians, don’t eat all courses on the menu anyway – just like you they can mix and match.

2. The fish or meat course will often be very plain – a piece of meat or fish with a lightest of salad garnish on the side.

3. This means that where we in the UK would have meat & three veg on one plate, in Italy you could fill up on your pasta and still have room for the meat or fish and a salad.

4. Italians take longer to savour their meal, they chat, argue, talk politics, especially if they’re out in a restaurant with the extended family at the weekend. So all those courses are just a way of prolonging the pleasure of the food and being together.

5. If you’re used to a fast food culture you may find the service unbelievably slow in Sardinia. You need to take a deep breath and remember it’s partly because they don’t want to ruin your enjoyment by rushing you and partly because with Mama in the kitchen and Papa at front of house they are probably massively understaffed. 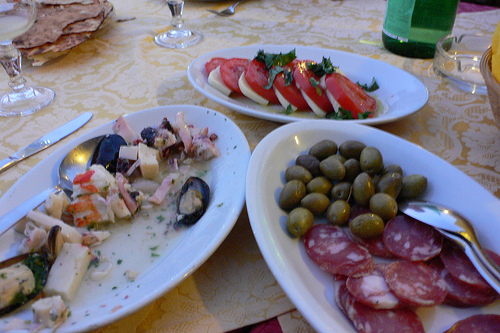 So back to the things we enjoyed in Sardinia, bearing in mind that my children are not the most adventurous of eaters. Well, the mixed antipasto plates went down well, usually with some olives, air-dried ham, salami and other bits and pieces which were familiar.

And in Sardinia you always get a basket of the local crispy wafer bread called Pane Carrasau to nibble on. 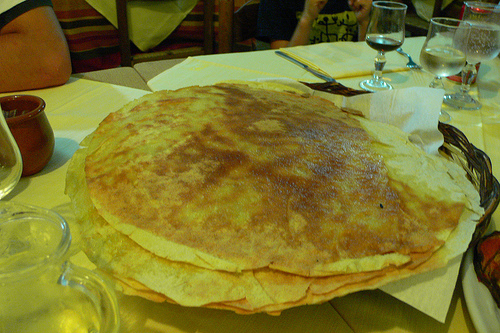 Then the pizzas were a favourite, and most restaurants with traditional style cooking seem to have a pizza oven as well. In fact there was even one in our campsite where they put on whatever toppings you wanted, to eat in their cafe or to take away. 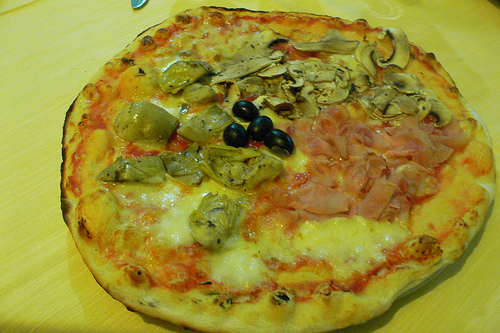 As grown-ups we were a bit more adventurous and often started with a pasta dish, especially home-made ravioli, followed by some meat or fish. On the coast, you will find many seafood specialities and if you’re not sure of what to choose, almost every restaurant will have a mixed seafood platter. 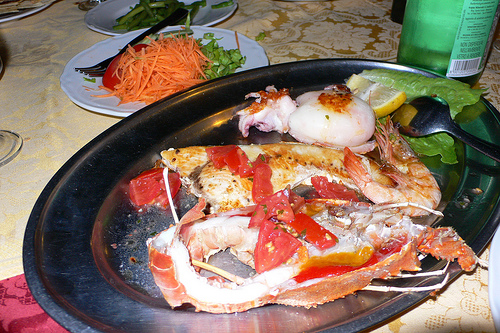 As you move inland, into the mountainous region the menu is more geared to meat. I tried a dish in red wine which I think was rabbit but couldn’t be quite sure, which was served just on it’s own. My husband and son tried a mixed plate of grilled meat, which kept the carnivores happy. It’s all washed down with the local fruity red Cannonau wine.

The Italians don’t really go in for puddings, but if you’re in town you can wander across to the local gelataria to choose as many different flavoured scoops as you have room for, sometimes with a squirt of cream on top for extra holiday indulgence. 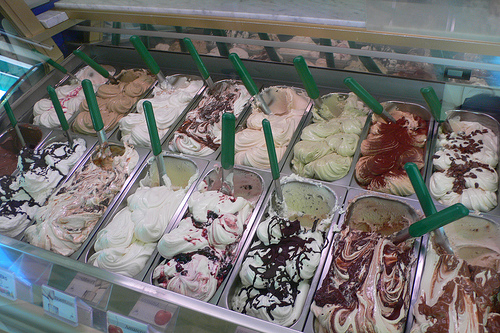 One of the Sardinian pudding specialities that I did try is called Sebada. It’s two circles of pastry enclosing a filling of soft cheese then deep fried, and covered with honey. It sounded just the thing for a sweet-toothed girl like me, but when I tried it it was filled with Mozzarella cheese. You know the way that Mozzarella cheese goes stringy and rubbery as it cools? Well this Sebada was really unpleasant and I couldn’t finish it even though I love all cakes and pastries. I think it would have been nice with soft cheese, so I would still try it again.

Generally the food we ate in Sardinia was pleasant but I wouldn’t rave about it. I laughed with disbelief once when I ordered a Radicchio salad and just got a small bowl of plain radicchio lettuce leaves with no dressing or accompaniment. For that salad I paid the same price as a pizza. And the service was universally, painfully, teeth-grindingly slow.

But if you stick to the pizza, pasta and local meat or fish specialities you will manage to eat well and inexpensively. Oh, and don’t forget to bring back some Mirto jam or liqueur made from the ubiquitous Myrtle berry, which is the national plant of Sardinia.

You can see my Sardinia photos on flickr here.

Looking for a hotel near Cala Gonone in Sardinia? Compare prices and book through Booking.com